Have you noticed that the closer two opinions are the greater the disagreements between the people who hold these opinions. I've been wondering why this is so.
And frankly I can’t come up with a satisfying answer.
Perhaps it’s got to do with ego…perhaps it’s to do with wanting to fit in with like minded people; I think it’s got a bit to do with labels.

Then there are those who prefer to watch tennis and golf and those who prefer Football.
Again a difference of opinion and I’m sure there have been discussions about it but it’s not as if footy fans stand outside Wimbledon ready to start a riot and punch on about which sport is better.

Take it one step closer and you have Football fans who prefer Rugby, League, AFL, American football, Soccer…and you bet there have been plenty of pub brawls about which is the best code.

Then you go one step deeper again…to the fans who love the same code of Football…getting very close to the same opinion here…AND these are the ones most likely to commit violent acts over who is right.


Sure people disagree about things when they have very big differences of opinion but as you get into the minutiae of opinions, and the details of definitions there seems to be more contention, more frequent and more passionate arguments.

I’m thinking in particular at the moment about some on line homeschooling communities.

Instead of these communities being united by a common belief in home education there seems to be much in-fighting, disagreement about definitions, judgmental commentary about which type of homeschooling is better and down right bitchy, nastiness.

So much so that many people new to home education are turned off the concept by the tone of these forums before they even get a chance to learn about it. And experienced home educators are leaving the forums in droves because they just want to be able to share their knowledge and not engage in petty name calling.

But it’s not just in homeschooling forums.

Is it Fanaticism then?

Wikki says “…the fanatic displays very strict standards and little tolerance for contrary ideas or opinions”
Is this why as the definitions get stricter, when the differences get smaller the Fanatic must become ever more vigilant at keeping their boundaries of belief protected?

Is it because people get so attached to their beliefs, or so attached to belonging to the group which hold these beliefs in common that they can no longer think individually.

In essence I don’t think there is anything wrong with using labels to define groups of people…it makes life simpler.

Labels can be divisive, labels can be limiting but they can also help us finding common ground with others.
Labels help us identify groups of people we want to interact with.
They help us find friends with things in common, experts to learn from.

There are many Labels I have used in the past or use now. Some have reached their used by date, some I still use to help explain who I am or what I believe in but there is no one label that could ever define me.
I am an individual.
Each and every decision is checked by how I feel not what the guidelines of the group are.

Radical beliefs and freedom of thought.

I think the danger of using the word Radical is that it is associated with fanaticism. But by radical I mean very different to the mainstream.

Many of my beliefs are seen as pretty radical by some people. Yet they are my beliefs and I am neither attached nor fanatical about them. I don’t go out of my way to convince others to come to my opinion, I usually only speak of my beliefs here on my personal blog or if someone specifically asks me about something they are curious about.
I often change my mind as I learn and grow and hope I keep changing my mind until the day I die.
I do not have a problem with differences of opinion. I have a problem with my freedom of thought being taken away.
And it is not just angry people on forums who make us feel unable to express our opinions and live how we choose. But our governments trying to regulate our behaviour to concur with the common denominator. I should be free to vaccinate or not, to home educate or not, to homebirth or not...but the government seems set on taking our right to make informed choice away.

They are saying the same thing as the fanatics on the forums...unless you agree with us you are out! If you don' agree with the general opinion then we will force you to behave as if you do anyway.


And it is this Freedom of thought I like to afford others.Believe what you will.
And if you like we can have a nice intelligent debate about it or not...
But know that while I may not agree I am not going to call you names, or hurt you, or as government legislation has been seen to do, forcibly take away your rights so you have to change your mind.


Anyhow, as an example of how two people with differing opinions can keep it real and not get nasty, I loved this debate between an Atheist and a Christian.

I haven't posted here alot lately.
As you can see I've been busy creating.

And I'm in that lovely world of introspection that often comes with late pregnancy...where I don't really want to interact much with the outside world. I just feel like staying at home and being with my family and creating a nest. 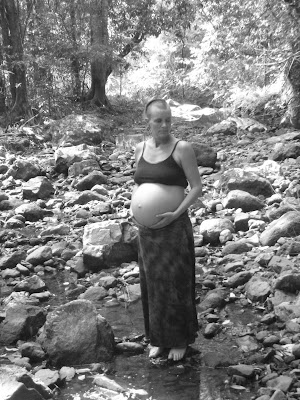 BUT coming soon will be lots of cute baby pics, lots of exciting news as we manifest some of our big dreams for the life we want to live.

Over the years of writing this blog I have received a lot of feed back.
Most of it is very kind and heartfelt; some of it not so kind.

It seems that some readers take things personally. It’s as if they think a post is directly related to them and once they start feeling insulted by my writing they use the impersonal forum of the internet to send me messages telling me just what they think of me and how everything I believe and everything about me is just wrong!

After I posted the other day about sharing I received an abusive message from someone who had taken my post personally. This person actually wasn’t a stranger but someone I know well who decided that what I had written was all about them.

Well, I’d like to clarify that it wasn’t.
After the torrent of insults I received I don’t feel like I need to justify myself to this person. In fact I don’t think I will even be speaking to this person again.

Apparently they had been thinking for years, that I am a crap parent and a bad person but this post was the trigger that obviously allowed them to spew forth all that saved up venom.

I would like to clarify that most of this post “Sharing is not Caring” was written about six months ago.
I have a huge backlog of writing and articles that I am constantly adding to and publish them when I get the time to edit them.

As I don’t wish to insult people I do not write about incidents directly when they happen. I do not mention names because of course I do not want to hurt people’s feelings. Sometimes I even change events a bit or change which child of mine was involved because I do not wish to slander anyone.

I do use examples of things that happen in my life though when I am trying to explain my opinion/ beliefs about parenting…because these incidents help illustrate my point.

My opinion is just that.
It is mine.
It is how I view the world at this current time and of course it is open to change.

But as I said it is MY opinion and I never expect others to agree.
And as I respect others opinions I expect mine to be respected.

I am actually a very open minded person and although I often write about Homeschooling, Unschooling, Co-sleeping, Breastfeeding I have many friends who parent very differently to me. Their kids might be in school, they have careers and enjoy them; they don’t breastfeed or co-sleep or home school. AND I love and totally respect them.

I am totally open to discussion and debate. And often I participate in engaging discussions.

You may disagree with my opinion so much that you no longer read what I write.
That is totally cool with me.

BUT if my opinion offends you to the point that you need to tell me how much you hate me then really it’s not a matter of conflicting opinions…it is a sign that you may need to have a look at yourself and workout why you feel so triggered.

How I process feedback

When I receive positive feedback I don’t immediately think…
“Oh I am so awesome!”
“Someone agrees with me so that makes me right!”

I actually feel very humble.
I feel very blessed and a bit awed that my words may have helped someone; shown someone a perspective they had previously not seen; helped someone relate to their child with more love and respect.

I even often have negative thoughts about myself thinking
“Well that person doesn’t really know me and I am not really perfect.”

When I receive negative feedback I try to approach it objectively also.

I realise that that person is projecting negativity and anger from their own experience towards me.

That they are refusing to identify the trigger in what I said that made them feel so bad, and instead can only think of making a personal attack on me to justify their own position. Instead of identifying and engaging in a useful debate they can only get so far as anger and abuse.

And negative feedback does hurt.

As much as I try to let it wash over me; realise it’s the others expression of their shadow; it does hurt.

Most who read my blog know I am not perfect. I have never declared, or tried to come across as if I am.

I certainly have principals and beliefs that I try to adhere to but I give myself the love and acceptance that I give everyone else, to be real.

This is where I am and what I am doing right now.
Sometimes I fuck up and say the wrong thing to my kids, sometimes I’m a shit partner to my love.

I drink and I smoke and burp and fart and swear like a sailor.

BUT I am balanced with how I treat myself.

I forgive my own mistakes because I know I have many, many good qualities too.
I know I am always trying harder to be a great person.
I am always learning and am always open to others opinions and beliefs.

I actually think one of my best qualities is not judging others; the fact that I CAN totally accept others where they are.

I have friends from such a diverse group of people. Successful professionals, ex-cons, pot smokers and organic freaks, environmentalists and miners, police people and dole-bludgers, gardeners and mothers, mainstreamers and boundary pushers, punks and pastors.

AND I do accept that some people can not accept me.

To you I say please go your merry way and live a happy life but if it’s at all possible, please do not send me messages insulting me or my children or my lifestyle.

As Crafty as a Fox

Mother, scholar, healer, artist, lover, respecter of all things living and innanimate and spiritual being.

My biggest boy Zan with his baby sister